The bus has been restored back to its former glory of London Transport red with original seat moquette of red with yellow stripes, burgundy interior and cream ceiling. 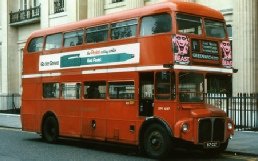 April 1966 transferred to Mortlake (M) garage on loan then back to FW in May.

March 1979 emerged from Aldenham and allocated to Stockwell (SW) garage on route 2B. 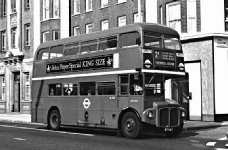 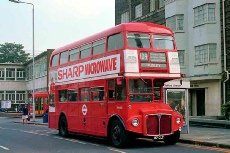 January 1987 this was where RM 1087 was to be withdrawn from London Transport to make way for radical changes. The bus was sent to Chiswick to be delicenced, then to be stored at AEC Southall works.

5th June 1987 Stagecoach Magic Bus in Glasgow purchased the bus and painted her white with blue, red and orange stripes. 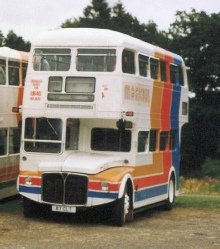 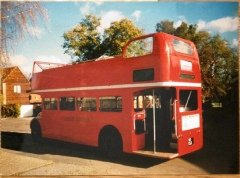 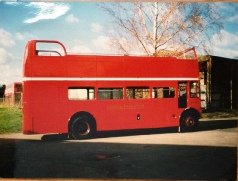 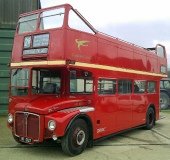 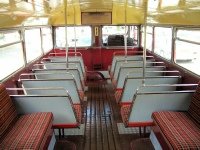 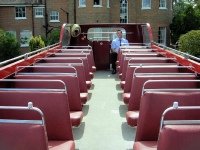 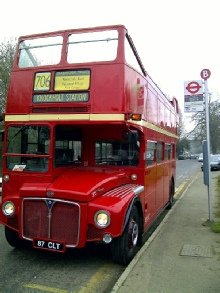 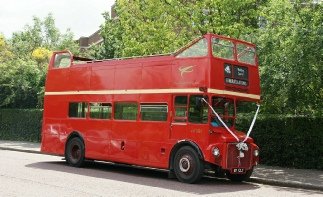 RM 1087 has been beautifully resprayed red and is ready for private hire.

In March to June 2011 she went back into public service to operate on the Route 706 which ran from Knockholt Pound to Knockholt Station.