On 1st November 1965 RML2270 entered passenger service with London Transport at Tottenham (AR) garage.  The bus operated on routes 76,34B.

In April 1968 repainted at Aldenham works and returned to Chalk Farm (CF) garage.

1972 Transferred to storage at Shepherds Bush (S) garage then entered Aldenham for overhaul then works float.

October 1975 back into passenger service at New Cross (NX) garage on route 37. 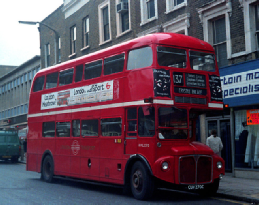 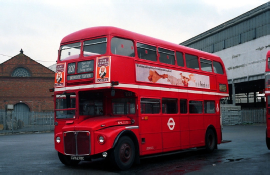 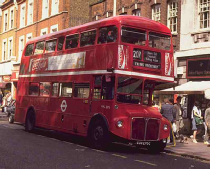 Transferred to Camberwell (Q) garage 1987 to supply cover for route 3. 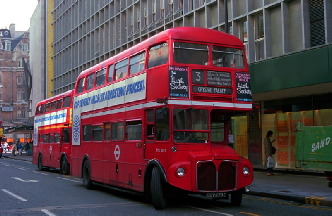 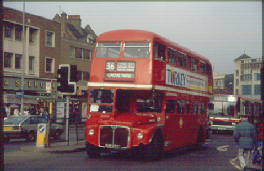 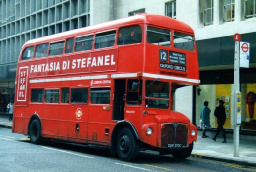 1991 RML2270 transferred to Camberwell (Q) garage, operating on routes 12, 159 and received a new engine. The Cummins C series engine replaced the AEC AV.590 in order to make the emissions cleaner.

By September 1994 Camberwell garage was privatised and absorbed by Go-Ahead RML2270 continued to operate on route 12. 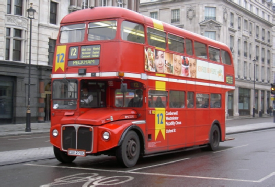 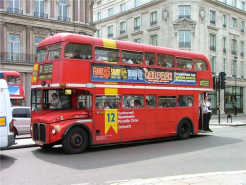 November 2004 Route 12 was to be operated by Bendy Buses so RML2270 was to be withdrawn from service and sold.

May 2005 bought by Carters Coaches to be used on private hires. 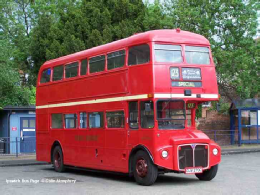 June 2007 Purchased by Westmead Business Group, wrapped in historic aircraft pictures and used for Wedding transfers to and from The Aerodrome Hotel at Croydon Airport and Addington Palace.

In September 2009 RML 2270 was purchased by Traditional Travel Ltd and as a historic tribute to Croydon Airport, named “Amy Johnson”.  Amy achieved worldwide recognition when, on 5th May 1930, she became the first woman to fly solo from Croydon Airport to Australia in a “Gypsy Moth”.

In 1993 RML2270 went through a refurbishment programme by London Central. The interior bulb lighting was to be removed and strobe lights were installed.  The burgundy interior was painted white, handrails covered orange and the seat moquette replaced by crushed strawberry.

RM 2270 has been beautifully resprayed red and is ready for weddings and private hire.

In March to June 2011 she went back into public service to operate on the Route 706 which ran from Knockholt Pound to Knockholt Station.